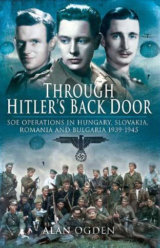 Through Hitler's Back Door

Romania, Bulgaria, Hungary and Slovakia were all German allies in the Second World War, unlike the other countries of Europe which had either been forcibly occupied by the Nazis or remained neutral. SOE Missions mounted within their borders... Zobraziť viac